The BimlFlex product and framework is Bundled as an addon to the BimlStudio. A developer uses BimlStudio with a BimlFlex project type to create data warehousing solutions with BimlFlex.

The BimlFlex functionality is provided by a Bundle file called bimlflex.bimlb that comes with the BimlStudio installer. This Bundle file contains the data warehousing functionality as well as the current versions of the BimlFlex metadata database and the BimlCatalog orchestration and auditing database.

Varigence provides updates to the BimlFlex framework through an online download mechanism. On project open, BimlStudio will check for the latest version of the BimlFlex components and offer to download and deploy them, should an update be available.

Once the project has identified that a new version is available online the following dialog is displayed: 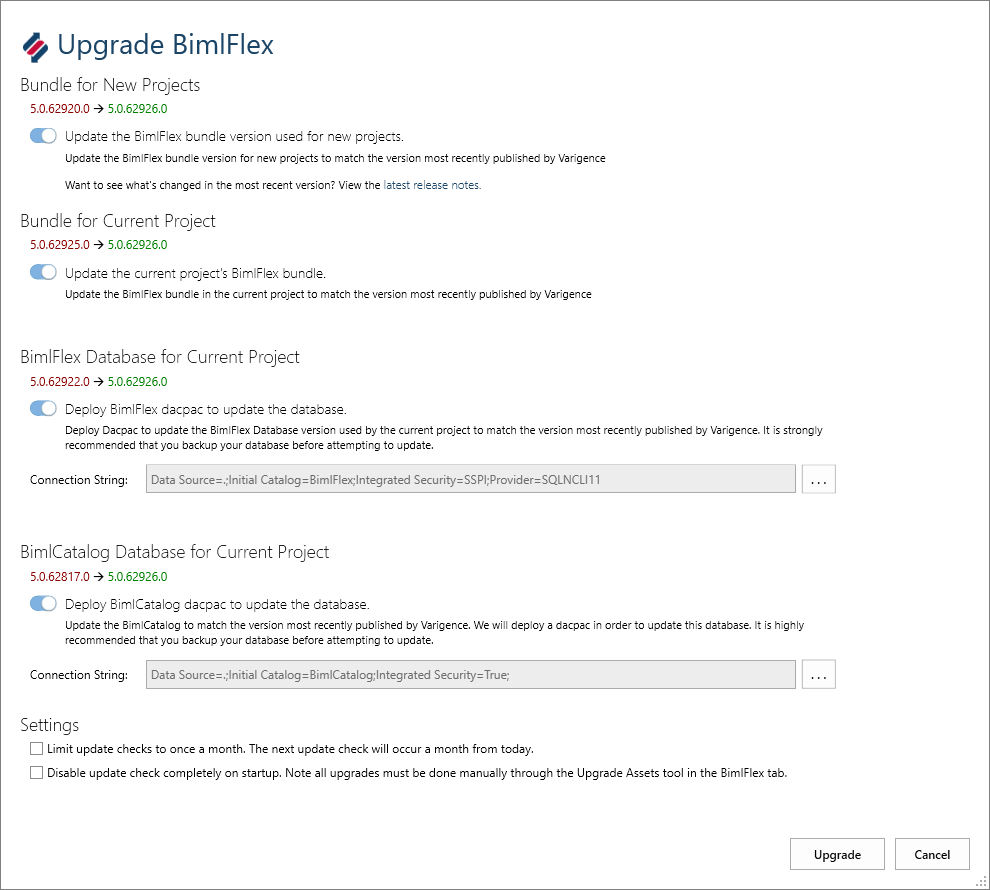 BimlFlex stores the Data Warehouse metadata in the BimlFlex metadata database. The new, updated version might have a new version of the database embedded. The upgrade process will enable the upgrade of the BimlFlex database to the new version. Some Bundle updates have new features that require the new database version to be deployed.

The connection to the BimlFlex database is derived from the project configuration.

All upgrade progress is logged to the output window in BimlStudio.

Once the upgrade is completed, restart BimlStudio and reopen the project to apply the new Bundle.

Once the project and databases have been updated, refer to the testing documentation to validate that the new version provides the same output as before